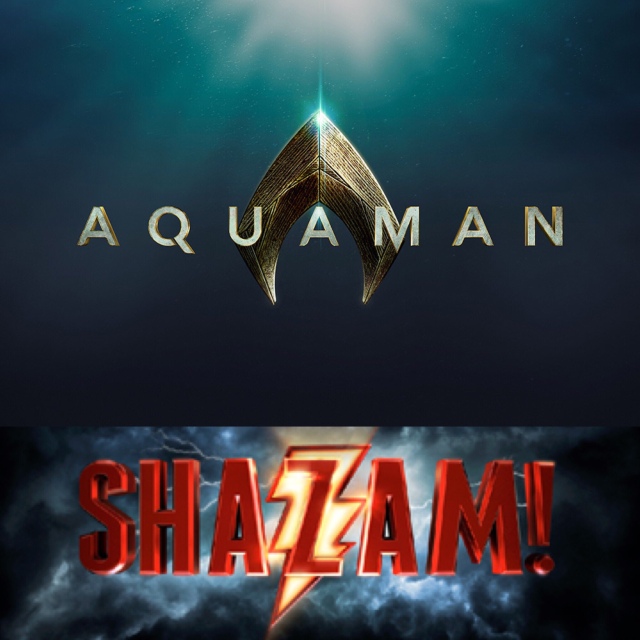 Exciting things afoot from Warner Brothers and the DC franchise, just a couple of days ago we were lucky enough to get two trailers in one day!

I for one am really excited to see both of them!

Why not check them out below – and start freeing space in your diaries….

We all have a superhero inside us, it just takes a bit of magic to bring it out.  In Billy Batson’s (Asher Angel) case, by shouting out one word—SHAZAM!—this streetwise 14-year-old foster kid can turn into the adult Super Hero Shazam (Zachary Levi), courtesy of an ancient wizard.  Still a kid at heart—inside a ripped, godlike body—Shazam revels in this adult version of himself by doing what any teen would do with superpowers: have fun with them!  Can he fly?  Does he have X-ray vision?  Can he shoot lightning out of his hands?  Can he skip his social studies test?  Shazam sets out to test the limits of his abilities with the joyful recklessness of a child.  But he’ll need to master these powers quickly in order to fight the deadly forces of evil controlled by Dr. Thaddeus Sivana (Mark Strong).

From Warner Bros. Pictures and director James Wan comes an action-packed adventure that spans the vast, visually breathtaking underwater world of the seven seas, “Aquaman,” starring Jason Momoa in the title role.  The film reveals the origin story of half-human, half-Atlantean Arthur Curry and takes him on the journey of his lifetime—one that will not only force him to face who he really is, but to discover if he is worthy of who he was born to be…a king.