For those that know me personally, it will be no surprise that I really enjoyed Fantastic Beasts And Where To Find Them. It will probably be more of a surprise that I have only got around to watching the film tonight!

The Harry Potter series has never let me down before, and I am pleased to say that the latest glimpse of the 1920’s wizarding world is no exception.

Harry Potter, re-awakened me to reading, it was an amazing escape from the outside world and it gave me my first experience on a film set (and as an actor that left a massive impression on the career path that I chose). The books are magical in their own way because they have real stories that engulf you and that you trust in to carry you through this magical and unfamiliar world. This is a massive feat for a writer, but something that JK Rowling achieves with ease. But is this also the case with her screen writing?
For me the answer is unquestionably “absolutely”, and whilst I will elaborate on this point in the following paragraphs, it is for one simple reason… the story behind the magic has genuine heart. 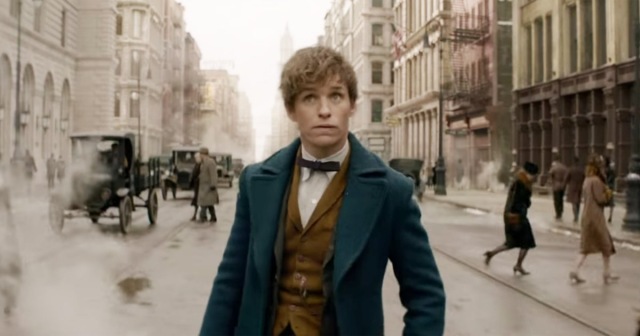 This is a film for adults. It is a mature, politically-charged world, that struck me as having an unmistakeable parallel to both the history we know the franchise will follow (the lead up to the 2nd world war) but also to the omnipresent cloud of politics that sits above our heads in 2017. The duality is striking and shot beautifully.
For me some of the CGI is overly glossy and the shooting is very monochrome, but I did feel that this added to the historical context and the bleak New York landscape. It also helped excentuate the texture and colour of the magical creatures – which kind of made them seem even more magical!
I think that this film could have easily fallen flat, but it didn’t. There were enough magical creatures to keep the kids entertained, but the substance of this script far outweighs its parts.
My favourite creature?… the naughty Niffler with a penchant for shiny things. A particularly amusing sequence with the little critter in a jewellery shop window, brought a smile to my face.

Newt Scamander’s tale works as a love story on several levels, but ultimately we fall in love with him because of his love of the magical creatures and his good heart. Will we see another side to him in the later films? The mention of Lita LeStrange makes me wonder if there is a little darkness for Eddie Redmayne to explore? Afterall, all the best characters have both light and shade.
This is a great film that would be enjoyed by the magical and muggles alike. And I for one, cannot wait for the next instalment.
ThatIsBeyond… 4.5 ❤️