Last night I went to see Forbidden Broadway at the Vaudeville Theatre, on The Strand. I was blown away by the sheer comedy and the energy and vocal stylings of the five strong cast. This is theatre in a more traditional sense. Comedy sketches and songs belted out with gay abandon! This is not the kind of show where half of the cast will be hoisted into the air on wires or where the animatronics are more interesting than the content. This is pure unadulterated fun, performed with flair by an extremely talented cast.

This show is a giant send up of all things musical theatre, and no show, producer or talent escapes it’s grasp! It was hilarious. Knowing a fair amount about musicals, none of it was lost on me, but I was a little concerned about whether this would be the case for someone off of the street, with a lesser knowledge. But this was put to rest when the slapstick style Les Miserables section kicked in and I was (literally) falling off of my seat with laughter. At it’s core, this show is about comedy and I honestly think that this would shine through, musical theatre boff or not! 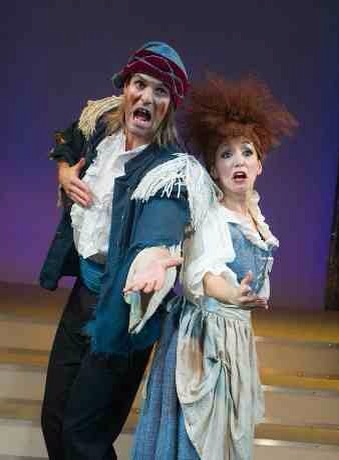 To my delight, Christina Bianco has joined the cast and she is both a huge singing talent and a skilled impressionist. We saw some of her classics join the running order and for that I was extremely grateful.

She, and Anna Jane Casey were transformed by the commitment to their roles, and their facial gymnastics added yet another level of hilarity to the proceedings! Both have voices to fill the Albert Hall, and personality that reverberates around the auditorium. 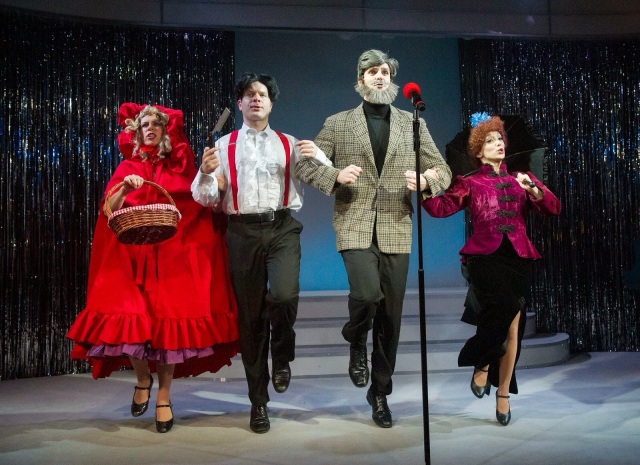 The gents in the cast were also exceptional, and very very funny, particular great moments had to be the send up if the Heat is on in Saigon, which was sang with the voice quality you would expect of the show itself, whilst also taking the complete michael!

Special mention should be made of The Pianist and MD who was an integral member of the cast, joining in with the spirit of the piece and filling in some harmonies for a fuller sound.

As perhaps you would expect, some moments are stronger than others, but I have to say that on the whole the quality of the performances are top notch. Although a very funny song, Into The Words (a send up of Stephen Sondheim and his musical Into The Woods) was not as successful with the audience as I would have anticipated. It was however made up for with a wonderful vignette of songs from the musical ONCE. (Or Once Was Enough!) Casey particularly shines here, with a rather brusque and feisty Czech character.
br /> 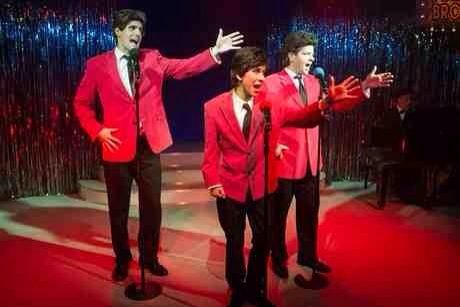 The Jersey boys, “walk like a man, sing like a girl”, summed that section up particularly well, and it was in this kind of section that you get a real sense of the ensemble that this team of actors are.
Similarly we were treated to Bianco’s/ Bernadette Peters vocal stylings in a solo that worked just as well.

This is a gem of a show. I would have no issues with seeing it again tonight or tomorrow or the next day. It is pure fun and games on the surface, but below that is the undeniable talent of the entire cast. If they were not good enough to sing the actual songs on the west end, then the concept doesn’t work. I have not gone into a huge amount of detail on the content, but I don’t want to give too much away!!!

If I were you I would pick up some tickets immediately and experience it for yourselves.